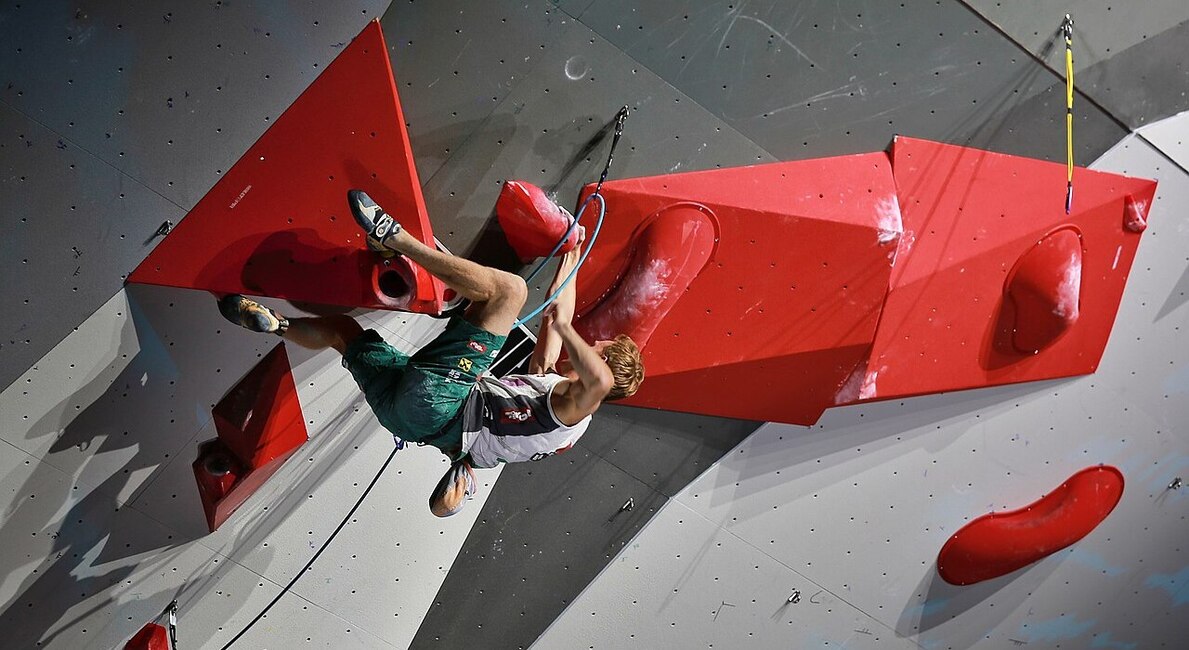 Olympic medalist, 9b+ crusher, and a 4 x World Champion winner. With achievements like that, it’s hard to question that Jakob Schubert is one of the most accomplished climbers of his generation.

Jakob got his first taste for climbing in 2003 after his god-father convinced him to join their local gym, seeing Jakob’s natural athletic potential.  Although the 12-year old Jakob was initially a football enthusiast, it didn’t take long for him to change focus and quickly honed his climbing ability, citing the opportunity to climb with strong climbers early in his climbing career as one of the main reasons for his quick development.

In 2004, with one year of climbing experience under his belt,  Schubert entered his first youth series competition. Like a lot of young athletes, Schubert’s competitive career got off to a shaky start, with his first two youth competitions ending in 16th and 33rd place finishes. Between 2004 and 2009, Schubert would go on to compete in 22 youth series and world cup events, almost all of which were in the discipline of lead climbing, with exception of single-speed events, in which he finished in 22nd place. During these years, Schubert would claim an impressive 75% podium success rate, including fifteen 1st place finishes on the youth circuit.

In 2007, at the age of 17, Schubert made his IFSC world cup debut in Kranj, Slovenia. In this World cup, he finished in a respectable 4th, behind established competition climbers like Cédric Lachat and Tomáš Mrázek. Five months later, Jakob also competed in his first IFSC bouldering competition, in which he finished in 34th place.

It was on the 15th November 2009, that Schubert would eventually gain the elusive first-place finish in Brno, Czechia. Since then he has claimed over 60 World Cup podium finishes and is a 7 x overall world cup winner.

Throughout his competition career, Jakob also laid claim to four World Championship titles. The first came in Paris in 2012, beating stiff competition from Sean McColl and Adam Ondra and narrowly missing out on being the only competitor to complete the route. The next came in 2018 with a win on the lead wall, this time in his hometown of Innsbruck, Austria. Although he and Adam Ondra both scored the same score in the final (36+), with a 2nd place finish in the semi against Ondras 5th, he clinched the lead title. The latest of which came in 2021 and matched François Legrand’s record for most Lead Championships won.

Just a month prior to his 2021 World Championship, Jakob claimed a spot on the first-ever Olympics Sport Climbing podium. The Australian put on an impressive show during the qualification round moving onto the finals in fourth place. The competition went right down to the wire, with Jakob being the last competitor to take to the lead wall, the final discipline in the combined format. After managing to beat Ondra’s high point he guaranteed Alberto Ginés López the gold medal and earned himself a third-place finish.

Although Schubert confesses his joy for both climbing indoors and outdoors, it is climbing on rock that he enjoys most. He’s pretty good at it too. After bagging the third repeat of Perfecto Mundo in November 2019, Schubert became one of only six climbers to currently lay claim to a 9b+ ascent.

Prior to topping out this iconic line, he had plenty of other hard ascents to his name. His first note-worthy outdoor ascent came in 2011 with an ascent of Papichulo, a 45m, 9a+ first put up by Chris Sharma in 2008. This was quickly followed up by a host of other ascents in the 9a/+ range, including Ciudad de Dios, Carcasa and Thor’s Hammer, as well as ticking off an additional five 9a ascents in ten days in 2013.

It was on 31st December 2014, on his 24th birthday that Jakob claimed his first 9b with an ascent of Fight or flight. He successfully completed it after 20 attempts on the route, the first handful of which came a trip month prior to the final ascent, which poor conditions hampered chances of early success.

Since then, it has almost become of a tradition for Schubert to take a trip to Spain in his winter break and bag some repeats of notoriously hard lines.

His next 9b came a little over a years later, with the first repeat of Ondra’s The Plant of Shiva, a 50m endurance test-piece in Villanueva del Rosario. Schubert described the ascent as the ‘biggest fight of his life’ on an Instagram post. This ascent made Schubert the fourth person in history to climb two 9bs behind Sharma, Ondra and Dani Andrada.

Schubert has since added two more 9bs’ to his resume, with Stocking the Fire coming in January 2018, after breaking a key foothold in the crux section that made the sequence even more challenging. Then came El Bon Combat in December 2018, and although Schubert suggested a more suitable guard of a ‘harder 9a+’ the 9b grade was later confirmed by third ascensionist Felipe Camargo.

For his next winter crushing session, Schubert set his sights on an even bigger challenge, Perfecto Mundo. After securing his spot for the Olympics early in the summer, Schubert decided to skip the final World Cup competitions in order to allow more time to prepare, for what would become, his hardest ascent to date.

Despite some early frustration from falling off four times after the crux, which includes a mono pocket dyno, Schubert managed to clip the chains of Perfecto Mundo on the 11th November 2019. To top the day off, and a testament to his world-class pedigree, he also made a quick repeat of Gancho Perfecto 9a/9a+ on the same day.

Being such a skilled sport climber, it’s easy to overlook Schubert’s accomplishments on the boulders. Schubert has claimed flashes of, not one, but three boulders of confirmed 8b+/V14, including Sharma’s iconic Catalan Witness the Fitness. He also made pretty light work of Fred Nicoles Dreamtime, I route the Swiss boulder specialist spent an entire season linking together.

More recently, some of the Austrians bigger accomplishments on rock came in the form of a deep water solo trip in Mallorca. Fresh off the back of his Olympic bronze medal, Schubert made the first repeat of Sharma’s most difficult deep water solo Alasha 9a+, as well as the fourth of Es Pontas.