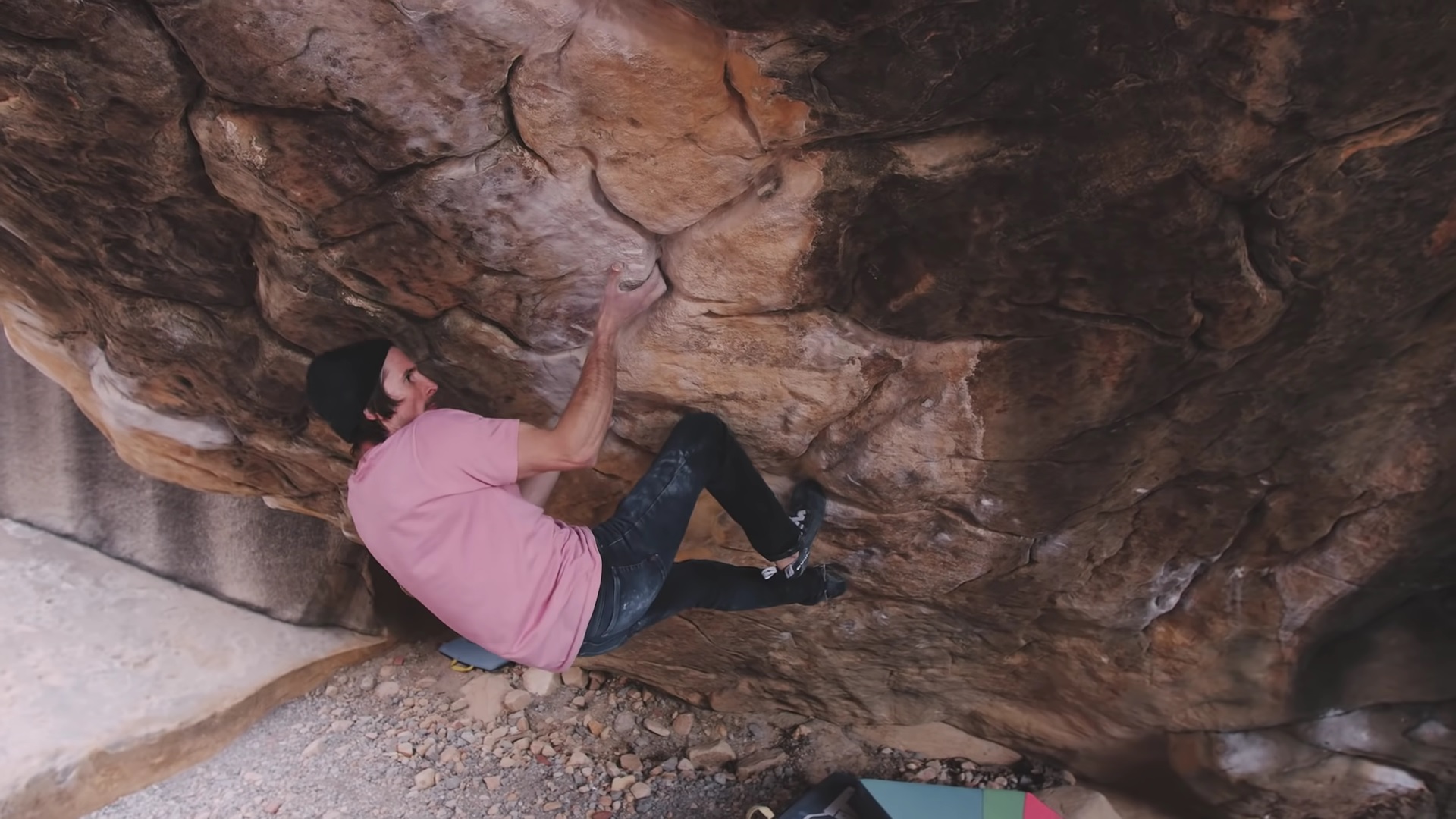 Woods is one of the most accomplished bouldering specialists ever, on both rock and plastic. He has over 25 V15+ ascents to his name, more than any other climber in history, and is also one of two people to claim an ascent of a V17 boulder.

Daniel Woods first started climbing as a 5-year-old child with his father on a trip to Texas’ Mineral Wells State Park. Although he started to dabble with indoor gyms in Dallas, it was after his family moved from their native Texas to Longmont, Colorado that Woods joined the Boulder Rock Club’s junior climbing team.

The team was coached by Justin Sjong and Jimmie Redo, two accomplished climbers and route-setters in, who also have an impressive rap sheet of transforming young climbers into professional athletes, with the former students including Woods and Emily Harrington.

Just two years later, at 16 years old, Woods won the American Bouldering Series in 2005. Over the next decade, he would go on to win 8 Bouldering National Championships and 2 Lead National Championship in 2006 and 2013. These wins made Woods one of the most successful American boulders in history, holding a national record that can only be trumped by Alex Puccio.

On the international stage, Woods competed for over a decade at over 18 IFSC recognized competitions and became the first American to win a Boulder World Cup after taking gold in Vail in June 2010. Wood’s last international competition was in 2017, with a 45th place finish in the Meiringen, Switzerland World Cup.

Throughout his decade long-competition career, Woods was also making a name for himself as a world-class crusher with some repeats of notoriously hard boulder problems. At the age of 14, he made a repeat of Fuck You Finger and claimed his first V11 boulder (8A). A year later, he made the ascent of Echale and awarded it the grade of V14 (8B+). In June 2007, he made the first ascent of Jade a project in the Rocky National Park that he had been working with Dave Graham for several years. He awarded the problem the grade of V15, making it the hardest ascent of his career at the time, although it has since been downgraded to a V14.

In 2008, Woods moved to Innsbruck, in search of new challenges and to create a climbing documentary Welcome to the Hood with fellow climbers Paul Robinson, Guntram Jörg, and Anthony Gullsten. It was in May of that year made the first ascent of In Search of Time Lost, an ascent that finally marked his ascension into the V15 realm.

The next big breakthrough for woods came in 2010, a year that not only saw him top out four V15 boulders, he also made an ascent of Hypnotized Minds, a routes widely considered the first  V16 in climbing history. A 21-year-old Woods began working on the problem in early 2010, although a busy schedule of competitions and climbing trips only allowed him 2 days to work on the problem. He returned in October of the same year, and after 6 more days on the problem, made he his first V16 ascent on the 21st of October 2010. Although Wood’s originally graded the boulder V15, the problem was repeated by Rustam Gelmanov 6 years later, who suggested Woods had under-graded the problem. Since this ascent, Woods has gone on to claim serval first ascents of iconic V16 boulders, including The Process, Creature From the Black Lagoon and Box Therapy.

Of all his bouldering achievements, it’s his ascent of Return of the Sleepwalker that marks the pinnacle of Daniel Wood’s climbing career. The sit start, 16 moves, extension of Jimmy Webb’s Sleepwalker (V16) became a project for Woods in November 2020. After almost 3 months of climbing nothing other than this problem, the line became the longest project of his career, far exceeding his previous longest time on a project of 15 days.

Daniel sent the problem on the 2nd April 2021, giving the problem the name Return of Sleepwalker and the elusive grade of V17. This and Nalle Hukkataival’s Burden of Dreams are the only problems to receive this grade.

Although Woods is best known for his bouldering achievements, he’s also an accomplished sport climber too with ascents of La Capella (5.15b/9b), Papichulo (5.15a/9a+), and Thor’s Hammer (5.15a/9a+).

Daniel’s unusual collection of tattoos has become a topic of interest for many climbers.

The first to appear was a tribal lion on the right side of his torso in 2014. Although it’s unclear what the origins of the tattoo are, it is possibly one he picked up on an early trip to South Africa. The tattoo got touched up and some extra additions in 2017.

Shortly after, a large spider on the left side of his abdomen quickly joined the Woods’ tattoo collection. Spiders are clearly a topic of interest to woods, who has shared some on his Instagram page over the years. The tattoo took 7 hours to complete and was done by artist and fellow climber Hunter Damiani. A year later, Daniel requested Hunter to add a large skull to his collection that would encapsulate the spider tattoo. This took 3 sessions to complete.

Next game his neck tattoo in June 2019. The eye was done by Tyson Taumaoe, an artist out of Las Vegas. Less than 6 months later, Daniel then got a hand tattoo of a grim reaper, which is thought to represent his iconic ascent of Hypnotized Minds.

The latest tattoo was a snake, sitting below the Lion on the right side of his abdomen. It is thought that this is meant to represent the year of the snake, which includes 1989, the year Woods was born.